Roger B. Borgelt  is a highly regarded Austin lawyer with 30 years’ experience primarily in the practice of environmental, energy, utility, land use and zoning, administrative, election law, professional licensure law and legislative affairs. He is a Texas Super Lawyer and is listed in Best Lawyers in America® for the eleventh consecutive year since opening his own firm in 2010. His firm, Borgelt Law, is listed in "Best Law Firms" by U.S. News & World Report -- Best Lawyers®. He represents individuals, landowners, suburban areas, businesses, political subdivisions and large institutions before state and federal regulatory agencies, the courts, local governments and the Texas Legislature with consistently favorable and unprecedented results.

His law firm has repeatedly received high profile media coverage, first by its representation of Homeowners United for Rate Fairness in its appeal of the Austin Energy rate increase to the Texas Public Utility Commission, which cost the City of Austin $1.6 million to defend and resulted in an unprecedented discount for his suburban customers.

Annexation cases brought to him by homeowners' associations and districts surrounding Austin and throughout Texas also led to a successful result and to the creation of the firm's Government Relations Practice at the Texas Legislature, which led to the passage of landmark annexation laws in Texas, and continued representation of clients in land use matters and other high profile city and suburban-related initiatives and political matters in the area of annexation law.

Mr. Borgelt is licensed to practice law in Texas and admitted to practice before the U.S. District Court, Western District of Texas. Prior to establishing Borgelt Law in June 2010, he held senior positions in Texas government and excelled in private practice at a major regional downtown litigation firm with deep roots in the Central Texas business, political, legal and civic arena. As a senior partner at the firm, he led an extensive administrative and regulatory practice, defended Deceptive Trade Practices Act claims, advised on Texas Public Information Act requests, and helped develop its extensive ethics advising, campaign finance and election law counsel, assisting clients whose controversies were reported on in every major news outlet.

Prior to private practice, Mr. Borgelt served as Deputy Chief of the Consumer Protection Division of the Office of the Attorney General, and then as an Assistant Attorney General -- representing major public entities, including Texas A&M University and The UT System, in major gas and electric utility matters which resulted in significant multi-million dollar savings for these institutions and the citizens of Texas.  He also appeared frequently before the Texas Public Utility Commission, Railroad Commission and Federal Communications Commission in rule makings and contestested case hearings and appeals, often winning favorable rulings which furthered the Texas public interest and business climate.

He began his law practice as a law clerk at the Railroad Commission in 1989 before becoming a national authority in pesticide law and related policy matters as general counsel of a small state environmental agency. During these earliest years of his law practice, he worked extensively with state and federal regulators and legislative and congressional committees examining and resolving complex environmental policy and impacts, including that of NAFTA on states bordering Mexico.

Mr. Borgelt is a Past Chair of the Public Utility Law Section of the State Bar of Texas.  He is a Sustaining Life Fellow of the Texas Bar Foundation and is honored to have served several years on its District 9 Nominating Committee.  He is a Founding Fellow of the Austin Bar Foundation, past Texas Co-Chair of the Federal Communications Bar Association and a 30-plus year member of The College of the State Bar of Texas, whose members maintain highest continuing legal education standards.

At the State Bar of Texas, he is a member of the Administrative & Public Law, Computer & Technolgy, Environmental & Natural Resources Law, the General Practice, Solo and Small Firm, Individual Rights and Responsibilities, Legislative and Campaign Law, Oil, Gas & Energy Resources Law, Public Utility Law and Real Estate, Probate and Trust Law Sections.  He spoke on a panel on utility matters at the State Bar's Annual Meeting in Houston, June 2012, when serving as chair of the Public Utility Law Section.

Recently, he was appointed as the Public Member of the Texas Department of Agriculture Structural Pest Control Advisory Committee by Commissioner Miller, and remains the elected Chair of the Committee through successive terms since 2013.

Roger attended UT as a National Merit Scholar. A lifelong Austinite, he graduated with high academic and student honors from Anderson High School. He earned a Bachelor of Arts Degree in Psychology from UT in 1984 before graduating from The University of Texas School of Law in 1988. He is a member of the UT Chancellor's Council, UT Littlefield Society and The UT Longhorn Foundation. He and his wife, Mary Ellen, are actively and extensively involved in the Austin community. 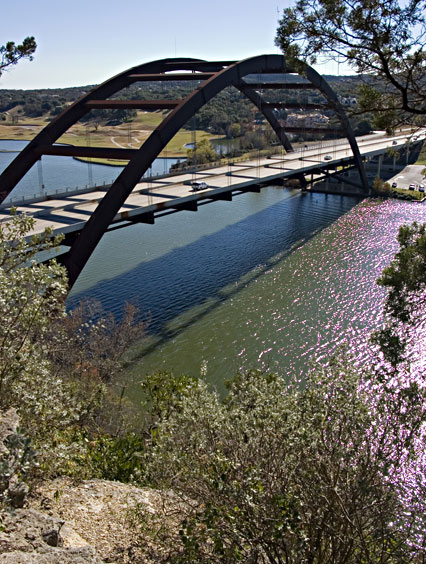